Entry four of four: I would like to introduce you to my husband…

When the rains came the well filled with mud from the torrent of the swollen creek. We hadn’t built a sufficient retaining wall around it. It would have to be cleaned, Felipe would need help and I was it. We pumped as much of the water from the top as we could without filling the pump with mud. There was a meter and a half of sludge in the bottom, Felipe lowered himself in and started the process of removing the sludge, one bucket at a time.

He attached the bucket to a rope and pulley; I heaved it out and filled the wheel barrel. While Felipe refilled I walked the mud over to the shore. It was the worst and most difficult work I have ever done. It took two days, five hours a day. The mud in the well smelled like rotten fish and was black, gritty and slimy. I stood barefoot in the creek for hours; I couldn’t wear shoes because they were immediately sucked of by the mud. The wheel barrel was so heavy I could barely move it, I repeatedly slipped and stepped on sharp rocks, and thorns. I was covered in stinky, slimy mud that the bugs were crazy about, and was stung by wasps that got stuck in my gross coating. If I tried to shoo one from my face I got disgusting filth on my head. I became so waterlogged chunks of skin fell off my feet.

On day two my whole body hurt from the previous day’s labor. I had cuts and welts and my fingertips were raw from digging sand from the bucket. I felt panicky as we headed back down for another day of slogging. I was afraid to face more pain and discomfort. I tried to not get bitchy because Felipe’s job was far worse; similar to mine, but 6 meters down in the well and up to his waist in black slime. To make matters worse, the wasps were especially bad down there. It was dark and close and he lifted the 25lb. bucket over his heads as high as he could to help me with the pulley. After a few hours we started to get snippy with each other and I realized it was my fault. I needed to adapt because this had to be done, there was no money to hire someone, and our favors were all used up. I could not let us down. I knew that Felipe would never allow his own discomfort to hinder us, he would work as hard as he could and do his best until we had success or all options had been exhausted.

I grew still and I started to recognize the sensations I was experiencing, not to dwell on them, just to notice them, the pain, the grit, the slippery things and the different layers to the stink. I felt my muscles and I quit fighting the bugs. I was breathing, I was present. The earth shifted, it was just me and sensation, and the sensations did not have a value, neither good nor bad, they just were. Suddenly I was awash with joy, outside of time, for a moment I was joy. I changed in that timeless place, for good. I am not always joy, this is true. But I am so much more present.

I have fallen in love with my husband many times. He is a complex person, a demanding person because of his own greatness. This is a day that I will never forget, a moment that he inspired me to really live, not to turn away from what is difficult, and to know the joy of being because you are willing to experience life fully regardless of the situation. 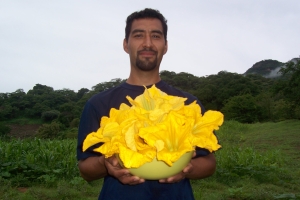