The horizon is the place that maintains the memory. The primal memory emerging from the earth itself. The myth the ancients maintained is that the memory of a certain knowledge is within the horizon and it is up to us to find it again. 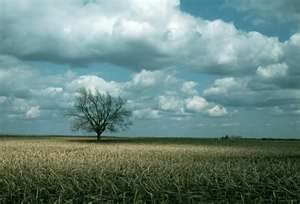 The summer I turned five years old, the summer before I went to kindergarten, my mother and I took a trip.  She, I and her boyfriend, who had recently returned from Vietnam, hitched hiked up the east coast and into Canada. They had wanted to spend the summer hitching through Europe but heard that it was inhospitable to hippies that year, so we headed north.

Memory is a curious thing and mine is not particularly good, but what I have realized is that often my memories are composed of ideas I have gotten from photographs, or other people’s stories and are only sometimes actual recollection of events.

I don’t remember riding in the cars of strangers that stopped for us. Only once do I remember standing by the side of the road with my thumb out, near an overpass, I was wearing engineer-striped overalls, it was my favorite outfit.

My uncle Kevin, who is gone now, bought me an entire wardrobe of engineer striped Osh Kosh clothes when he got a job at a fancy men’s apparel store downtown. I thought they were the coolest thing anyone could possibly wear. I will always consider engineer stripes the height of fashion.

There are a few details about that summer that linger in my mind. We stayed in a Hari Krishna commune and there was a communal shower where men and women were naked together. Someone taught me to use finger cymbals, and to chant, Harihari, harihari, harihari Rama. I liked it there. I never noticed any rules, it seemed the most important thing was to sing, and to say Hari Krishna to everyone you saw.

We also went to the world’s fair. It was like a fairy land, there was huge building that was just for kids. Inside it was as if someone had scoured the minds of children and then created every fun thing they could think of.  All of the equipment was made in the shape of flowers and animals. There were platforms (shaped like flowers) on springs for bouncing, ladders, ropes, tubes and slides (shaped like elephant trunks), under which water flowed. All of the surfaces were soft. Falling was the point, to get wet, and try scary new things, knowing it wouldn’t hurt.

When we went to Niagara Falls, all I remember was the veil of mist and a feeling of being pulled through the chest by a compelling force that came from the water. The image is strong but suspiciously like a postcard.

The clearest memory comes in part from my mother, because I didn’t understand my feelings about that moment until I heard the story from her. On the last day of our trip my mother took my hand and purposefully led me along the beach into a crowd of people. I was proud to be with her. I felt brave. We were in Providence.

We were running away. Her boyfriend had been wounded in Vietnam; his illness was hidden until he’d pulled a knife on her. She’d been waiting for the right moment that we could slip into a crowd to escape from him.

What I have carried with me from that summer is this: my hand is in my mother’s hand, I am walking forward but looking away at the long distance horizon of the Alantic Ocean, it was blurry and so tremendous it did not look real–and I felt the undertow that flows on dry land, just as I’d encountered it when I glimpsed the precipice of Niagara.

A pastime of mine is to lie
in a field of long grass, alfalfa
tall corn

The wind which always blows but cannot be
seen or felt but in the leaves and
reeds overhead, Know

this pasture is a conch shell, The moon moves
the tide within, pulls me toward
the vanishing point

leaves me washed up in this cornfield
The waves of magma, the elemental tide
that bears all

I learned this language
of immersion, flesh and stone