Something exciting is happening I want to share with you.

Felipe and I are still in Nicaragua(yep, still married) at Rancho Santana. In the time we have been here Felipe and his team have grown our organic gardens, orchards and animal husbandry program into such a dynamic part of the food and beverage department that Oustanding in the Field is coming! 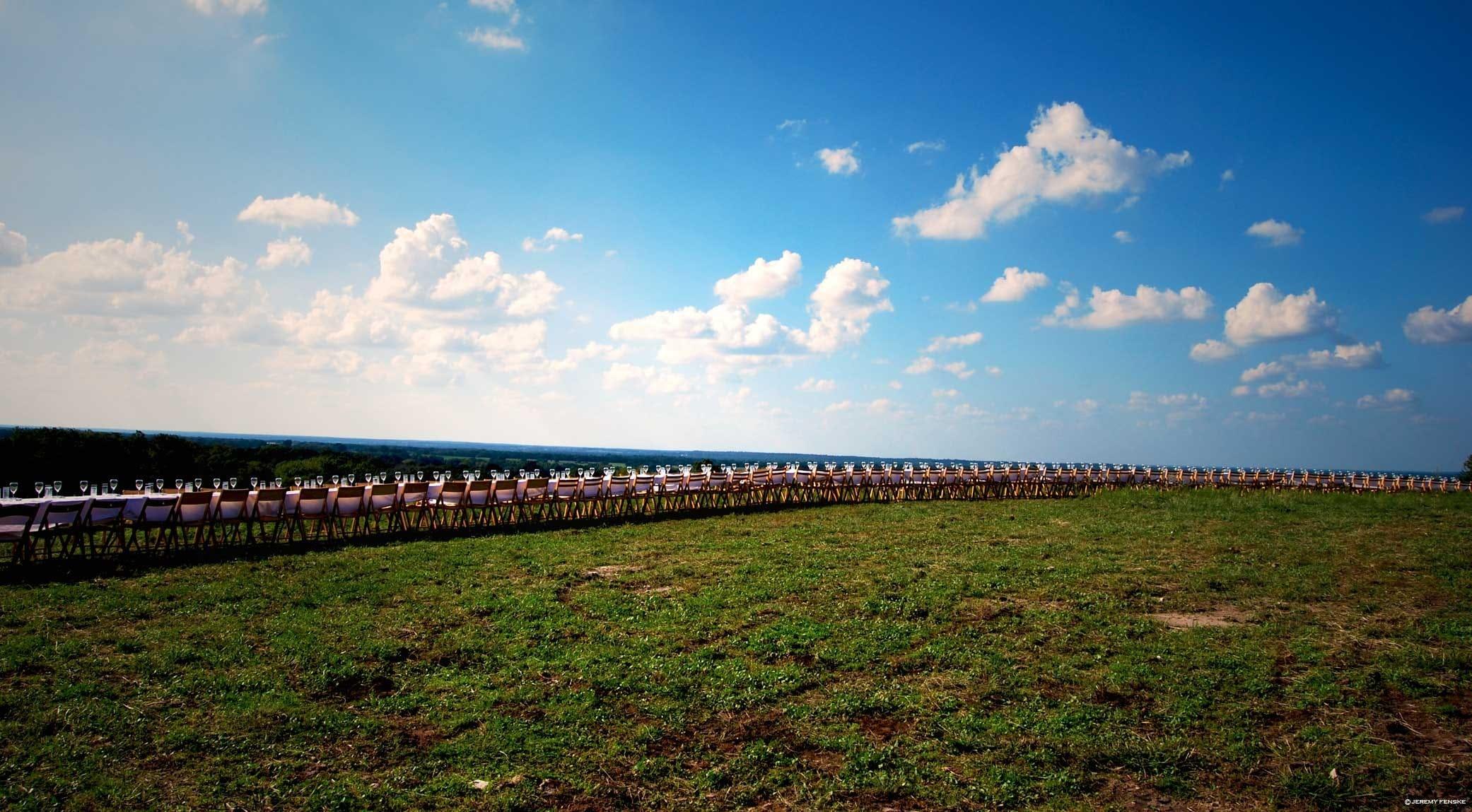 The international  pop-up will set up camp at Rancho on January 18th 2020.

I am so proud of Felipe and his accomplishments, as I have always been. If you have spent much time reading this blog you are aware of what an amazingly diligent and creative person he is. I’m elated to see him recogonized in this way.

I have, for the past two years, had the honor of running Rancho’s butchery and milk program We make all kinds of yummy meats and cheeses from Felipe’s animals and  his Reyna Criollo cattle’s milk, a breed unique to Nicaragua. You can have a look at what we do on my instagram page sharpbladesharpmind.

If you would like to join us for the Outstanding in the Field event, tickets are available here.

This post is dedicated to my friend Larry Prater who died near this time last year. We met here on vsvevg. He loved Felipe and would be very proud of him. He was the best of men and friends. I miss him alot. 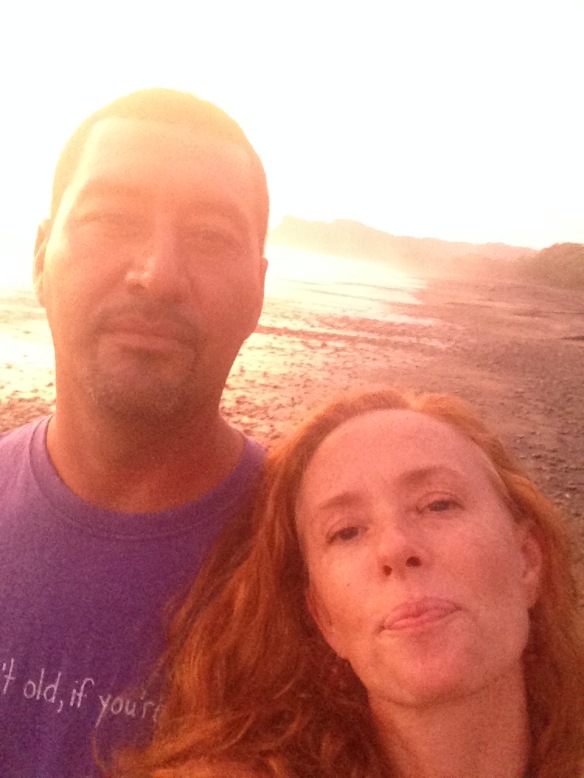 I am not excited about writing this post, I feel embarrassed. But, it’s possible that the information may help someone, so I’ll brave the discomfort.

Above is a photo taken on August 8th, our 15th wedding anniversary. We barely made it to this anniversary.

When, two years ago, I realized it was quite possible I would be living the rest of my life without Felipe, and  I was in a third world country with limited resources, I did the only thing I could think to do: I went online.

I typed in: how to save your marriage.

I don’t remember how I ended up choosing Brad Browning’s book, but what I learned from it was essential to me at the time. It is not required that both partners “work” on the marriage to save it, as Felipe was not interested in trying at that point.

I followed Mr. Browning’s advice, which was basically to be kind, and slowly, very slowly Felipe began to unthaw. His actions toward me softened, he opened to the possibility of reconciliation.

When I was invited to Nicaragua, I told my soon to be boss,  I had no decent clothes, no makeup, and hardly an idea of how to function in a professional situation anymore. As I struggled in my new position not look like I was raised by wolves, I realized how distant I’d become from my femininity and  not just in the superficial aspects, but my sensuality, my warmth, my nurturing side were absent.  Not surprisingly, this had a negative impact on my relationship with my husband.

I went back to the internet and I found Rori Raye. She taught  me how to be female again,  in ways I had never considered, to great results. She gave me permission to be a sacred part of myself  I had confused with sex and power and need, in a way that uplifted and supported me and my relationships.

I don’t know if you’ve noticed this or not but, men and women are different. I know, you’d think I would’ve figured that out  in my first 50 years. But somehow, in my principal years of feminist reading, I decided it might be true, but it shouldn’t matter. A decision did neither me nor my relationships with men any good. So I asked a man what he thought about it. Christian Carter.

I learned  a lot about the male perspective from him, and the running theme through all of these programs was reinforced. You must love yourself. You must take care of yourself first.

It seems simple, but sometimes it’s hard to recognize how much our insecurities impact our relationships. It had never occurred to me that being capable, confident and in control is not the same as valuing yourself,  loving yourself, and being strong enough to take responsibility for your own needs.

I learned more about that from these books.

The Law of Attraction

In them, I also learned the invaluable practice of seeing the best in Felipe, regardless of what was happening in the present. By consistently focusing on what I love and admire about him, I saw more and more of his best self and little of the behaviors I felt were tearing us apart. It did not happen because I reasoned with him, or nagged him or asked him to change.  I stopped projecting the belief that he would act hurtfully, I stopped expecting the worst from him, and I starting getting his best. It was difficult.  It took practice. My mind was focused on my unhappiness with him.  I was hurt and angry and it’s hard to break habits, especially from a weakened position.

Are you wondering why I did all the work, are you thinking it’s sexist? That is not the case, Felipe also had to change. My change of perspective only gave him room, desire and a supportive environment to do his own work.

I bounced around these programs, depending on my need at the time, I bought others, and returned some(almost all come with a money back guarantee) . I spent about 1000$ in a year in a half, well worth it. I felt silly at times, the programs are sometimes hokey and sensationalist. But, I also felt supported, and it worked.

Ultimately, it has been a journey in my relationship with myself, and happily, Felipe has decided to stick around for next 15 years.

Other notable mention: Susan Bratton, hot sex advisor to millions! She’s a little campy, but fun and her newsletters are informative and stimulating.

Have you ever used online counseling? Have you ever shared something publically  that exposed more of yourself than you were comfortable with?

I love hearing from you : ) And, though not a marriage counselor, I would be happy to give anyone more information about how I used the internet to save my marriage. 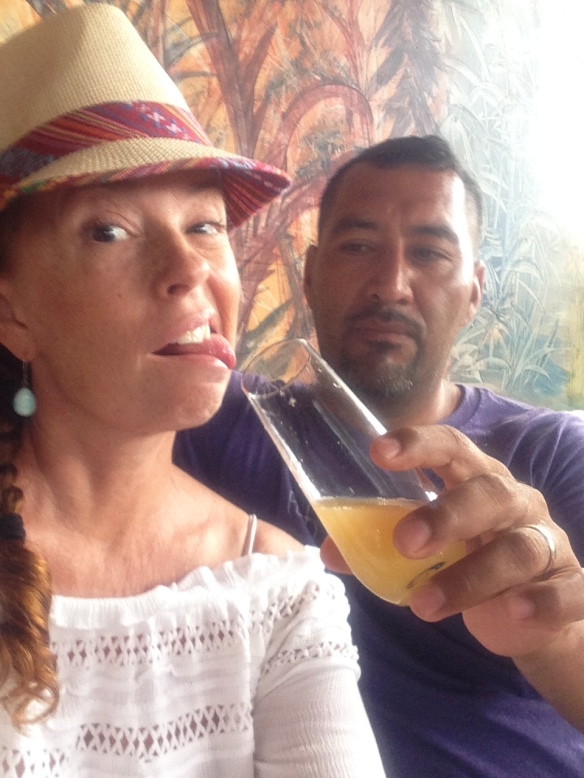 Hello, my name is Abby Smith and I used to write a blog called “Very Simple, Very Easy Very Good. It had a cute tag line; ” I write about the complexities of the simple life”. It was actually about what happens when ridiculously idealistic people move to another country without enough money and try to live an ridiculously unrealistic “self sustainable” life.

It was a pretty entertaining blog. Lots of humor, tragedy, beauty, loss, and hard won triumphs. Mexico made writing a blog easy, there was mayhem most weeks(mayhem is great fodder for blog posts) and I didn’t have an job. I could put writing first and washing our underwear in the creek…whenever. As long as we had beans and tortillas I was free to create.

Except for all the horrors, the poverty, and what I felt was the likelihood that my husband was working himself to death.

So, we moved to Nicaragua. We got real jobs, the kind you get paid for! Our life now is the antithesis of our lives in Mexico. We live in a castle in comparison, with a pool and an ocean view, we have unlimited wine, hot water,  and electricity(most days :).  There are no snipers joining us for dinner, no vicious old neighbors, no babies to fail.

Except, we arrived in Nicaragua with a desiccated marriage, deteriorated health, and moral quandaries.  How do you begin again with someone you’ve suffered so much with you both feel dead inside? What does one do with tattered ideals? How does a political expatriate reconcile living in a US bubble in a third world country?

So, that’s what I’ve been doing for the two years I have been absent from vsvevg: resurrecting a relationship, revamping my belief systems, and ultimately myself. I like to do that about once a decade.  I guess that’s what this blog will be about for the time being, and probably some travelogue, some books, art…maybe even a bit poetry.

I’ve worked in restaurants for over 20 years. It’s fast paced challenging work; I’ve always enjoyed it. Though, as with all jobs, there are aspects that have frustrated me. The most upsetting thing about working restaurants is witnessing the mountains of food thrown away every day —breakfast, lunch and dinner… breakfast, lunch and dinner, 365 days a year.  Reputable research informs us that forty percent of the consumable food in the U.S. is thrown away; a statistic that has consumed me in the way thoughts of the ocean’s garbage gyres can drag me below the surface of despair.

When I lived in Chicago, I would leave the restaurant and sometimes see people sifting through the still nourishing food we threw into a vile trash bin; salvaging bits, tainted only because we’d put them in an unsanitary place. We also sent weekly meals to a homeless shelter, but it didn’t assuage the guilt I felt for serving piles of food that few could possibly finish, but to many who would complain if the portions were reduced. Some want their money’s worth, even if it is only to throw it away.

Finally, I have a restaurant job that has solved this dilemma. At La Finca y El Mar all of our waste is sorted: citrus rinds for compost, plate waste for pigs, plastics, glass and cardboard recycled, which creates a significantly decreased trash output .

Felipe comes to the restaurant each morning and collects the food waste bins. The pigs get a diverse and tasty supplement to their feed, his adopted farm dog Lucas, enjoys the pork scraps and bones he and his coworkers pull out of the pig’s portion, the compost benefits from a boost of acidity for our alkaline soil, and I am freed from agonizing over my contribution to waste and indifference.