Finally, after almost eight years living at the Piedra Rahada and stalking this gorgeous creature, I have a taken a photo of my favorite butterfly: the Red Cracker.
It is in the Nymphalidae family. Crackers are named for the cracking sound the male makes while flying and the red underside of their wings. Generally they are very fluttery and camera shy, but this lovely lady(no cracking) was quite the poser. Happy Humpday 🙂

It’s red underbelly. Well, I think it’s sort of orange, but I didn’t name it.

Recently my 1 year internet stick contract expired. Since I am not much for details and neither is Telcel, I didn’t realize this until it occurred and I was left without service,(though they did accept my payment for the month) which is why I haven’t been posting.  But it makes for a good opportunity to talk about an aspect of Mexican life that I used to find infuriating, and now find endearing, because of the change it has created in me. 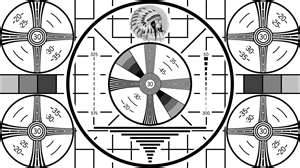 Telcel is one of the world’s largest wireless communications providers, and is Mexico’s largest provider. Dealing with them is like bartering with a cantankerous old vender at a flea market that thinks all of his goods are treasures– but a lot less fun.

I was disconnected in my first month of service because no one could tell me when my payment was due. I made the logical assumption and paid before the date I signed the contract, after I tried emailing them and received no response. When I called to find out what happened they informed me that all payments were due before the 11th. “Why didn’t the person that sold me my equipment know that?,” I queried.

“I can’t provide you with that information Senora” he stated (roughly that which the woman who sold me the stick said when I asked when the bill was due.)  She’d suggested I email them.

Felipe is now at a payphone negotiating the retrieval of our service. Why a pay phone? Because you cannot contact Tecel cellular phone service provider by cell phone! That is the truth, and it is a telling (and funny) one in regard to services in Mexico.

In the past I would have been ranting, indignant and livid. I would have railed at the innocent service representative and my outrage would have accomplished nothing but sending a sickening wave of vitriolic negativity through my body and into the world.

(this is me catching some signal about a ½ mile from my house, my usual place to post vsvevg) 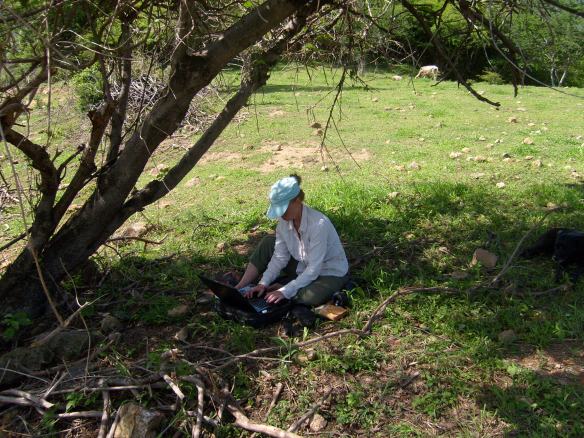 Mexico has given me this simple but incomparable gift.  The understanding that in this moment what is– simply is. And it is my choice how I react in each moment to create a favorable outcome for the next.  I can now do that from a place of peace, mostly 🙂  I was a hard case, it took many crazy episodes of Mexican Mayhem to cure me, but Mexico has been nothing if not patient with me.

In closing let me say, I have a couple of posts in the wings, but if I don’t get to my comments in a timely manner, please remember that I am on Mexico time.  Paz, Abby